Much has been heard about the driving force behind Six Sigma implementations – the Black Belts. But what about the Green Belts? This article introduces these talented professionals and how they make the project run behind the scenes. 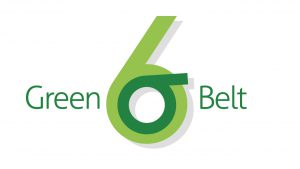 Green belts are change agents who carry out the Six Sigma duties along with their regular responsibilities. Typically, they would be putting in up to 5% of their time into Six Sigma activities. The Black Belts undertake projects which are cross-functional in nature. However, the Green Belts would be handling small projects in particular process level. These projects are short and relevant to the process in consideration. However small, they have a tremendous impact on the enterprise. Thus, minor problem areas and waste are sorted out at a quick pace. The Black Belts usually assist with multiple projects being handled by Green Belts.

Organizations that don’t have experienced Black Belts to handle bigger projects have to build a roadmap to tackle certain issues. In such cases, the Green Belts can be very valuable. They have to review the processes and figures related to the process and use this information to improve the satisfaction level of the customers. They also have to undertake the roles of Six Sigma project originators and leaders, displaying exemplary skills in local process areas.

Six Sigma training involves using the DMAIC model to get the desired results. The Green Belts need to understand the processes, the constraints involved and create a roadmap for improvement of such areas. They must also be able to learn the usage and the creation of the process behaviour charts.

Another tool that they can utilize is QFD (Quality Function Deployment), which enables them to understand in-depth customer requirements. The reduction in defects ensures that there is minimum wastage as well as improved customer satisfaction. The Green Belts should be able to approach the customers to understand their needs and the quality they expect.

Green Belts have to utilize the DMAIC model as a problem-solving measure, for which they are well-trained. They should also be aware of control charts, which allow them to monitor and control process progress. With a communication plan in hand that is reviewed regularly, they can ensure the success of the project.