Here, we will take a look at some of the vital components of Six Sigma workouts and discuss their respective contributions. 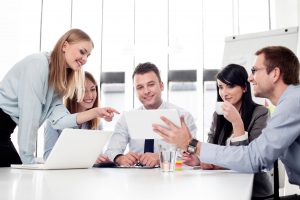 The employees play an important role in Six Sigma workouts because they are the ones who best understand the existing processes. They are thus in a better position to provide the necessary inputs and feedbacks to the Six Sigma implementation team members and if needed, to the top management as well. Six Sigma workouts just cannot succeed without employee support and cooperation. Ultimately it is the employees that implement the changes as might have been prescribed by professionals such as Black Belts.

Project sponsors are often members from the senior management who shoulder the responsibility of identifying improvement opportunities that might exist in a given business process. They also share the responsibility to ensure that the Six Sigma workouts are carried out exactly as planned and that the stated goals and objectives are achieved within the specified time and costs.

Apart from these, they also act as a direct link between the top management and the implementation team members so as to expedite problem-solving and avoid resource crunch situations that often occur during Six Sigma workouts.

It would not be wrong to classify Six Sigma professionals such as Black Belts and Master Black Belts as the most vital components of Six Sigma workouts because without their technical expertise, it would become literally impossible to think about Six Sigma implementations let alone actually going about doing that.

Six Sigma may have to do a lot with common sense and following a practical approach to problem-solving, but since there are still many technicalities to be dealt with, businesses just cannot think about starting the Six Sigma workouts all on their own.